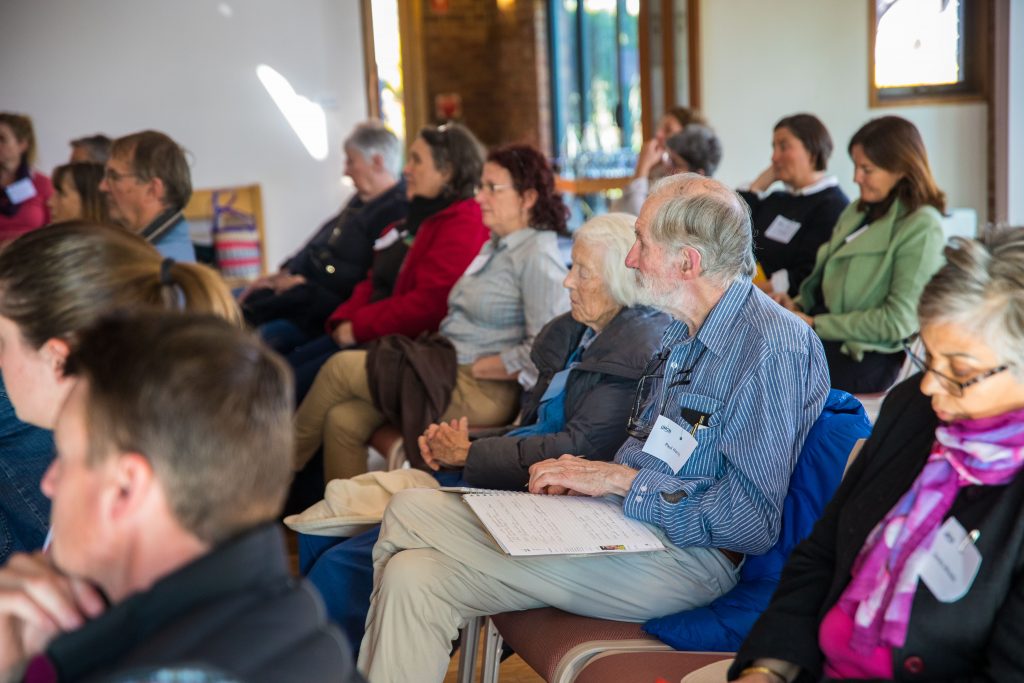 A MESSAGE FROM OUR CHAIR

Membership of UMCN has grown over recent years, largely due to the organisation securing funding to employ an Executive Officer to support the Executive Committee and deliver outputs such as forums, a user friendly and up-to-date website and Facebook page, and this Strategy. Continued support and involvement from our members are testament to the value of UMCN in the region.  UMCN is currently made up of members from across the region, including representatives from local councils, NSW and ACT government agencies, NGOs, Waterwatch, special interest groups, Landcare networks, land managers/owners, industry organisations and universities as well as a number of individuals.

In light of COVID restrictions, we now provide opportunities for people to join our general meetings via online mediums. This adaptive approach has proven successful and has resulted in increased attendance as people do not need to travel to attend. We currently have a mailing list of more than 120 people and attendance at our meetings this year has averaged 25-35 people.

We have drawn on the views of our members to continue to reassess our core purpose and activities moving forward.  These contributions have formed the basis of this strategic plan.

UMCN continues to grow, adapt and provide a conduit for members and interested parties to engage in NRM in a positive, friendly and supportive forum. 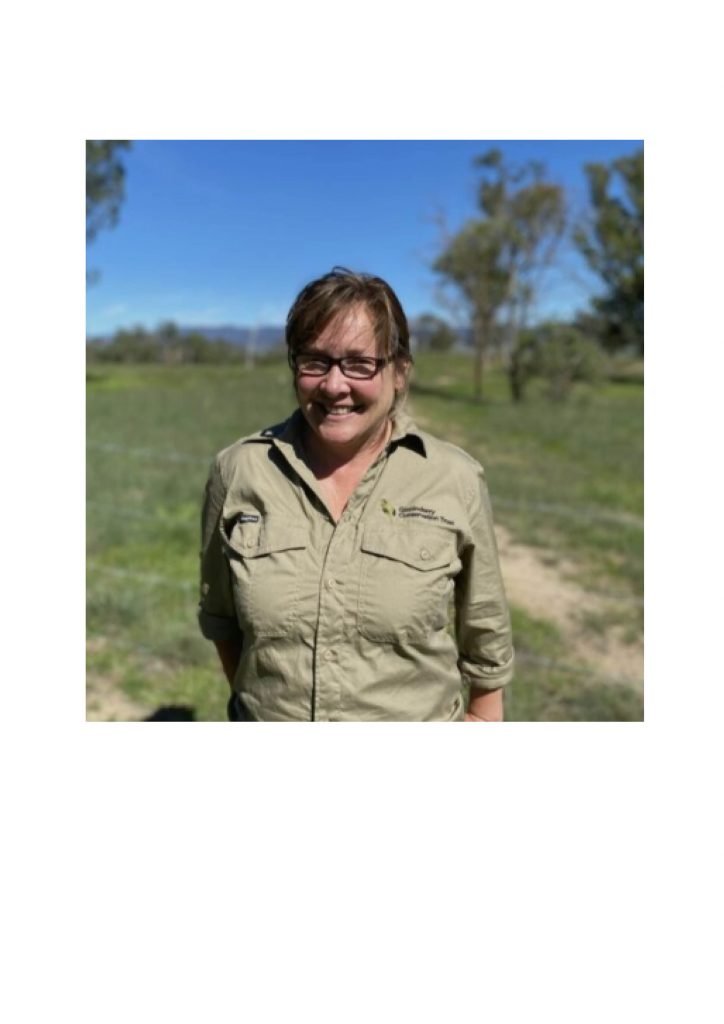 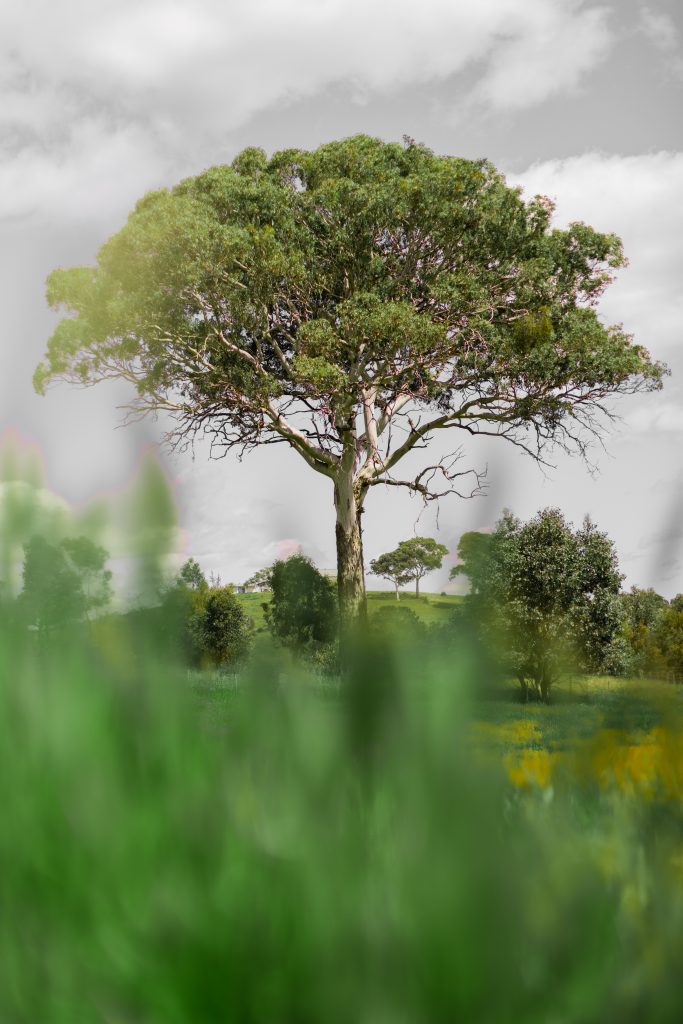 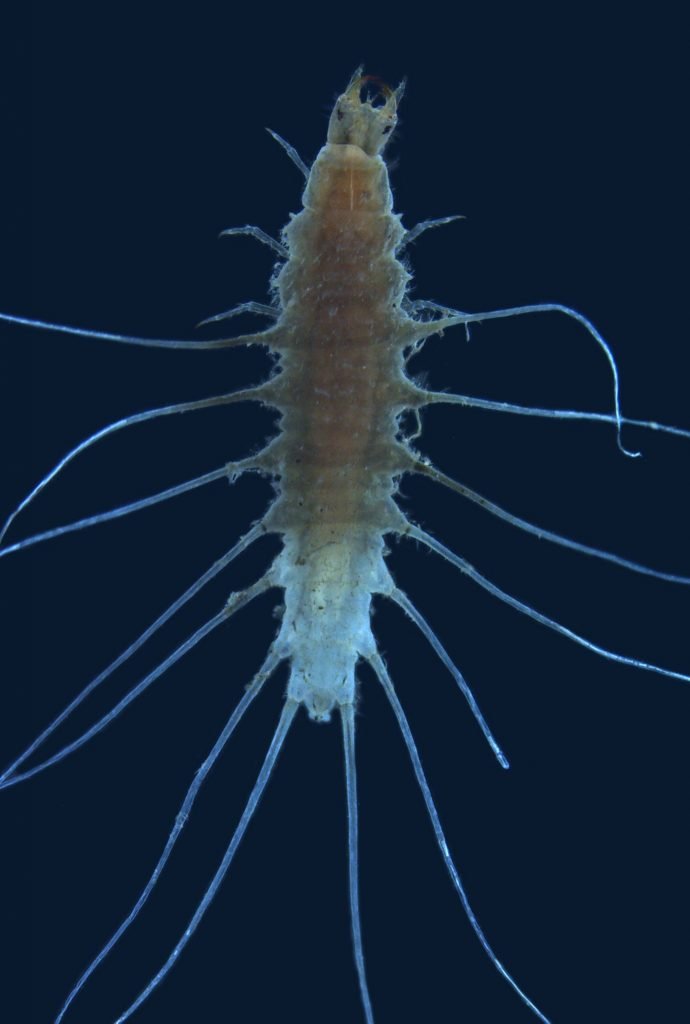 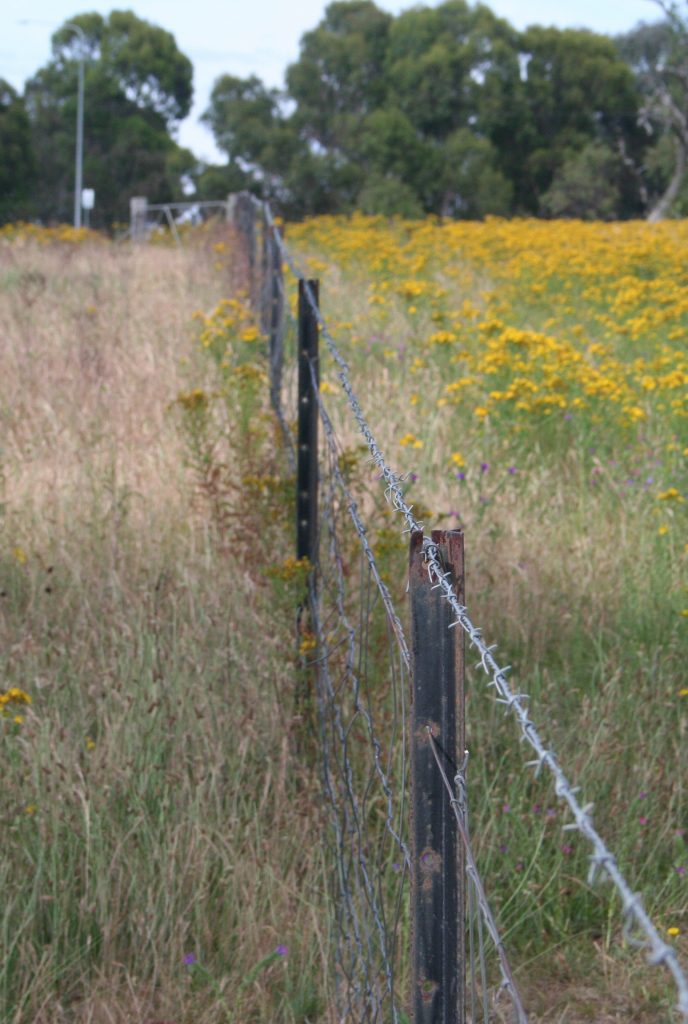 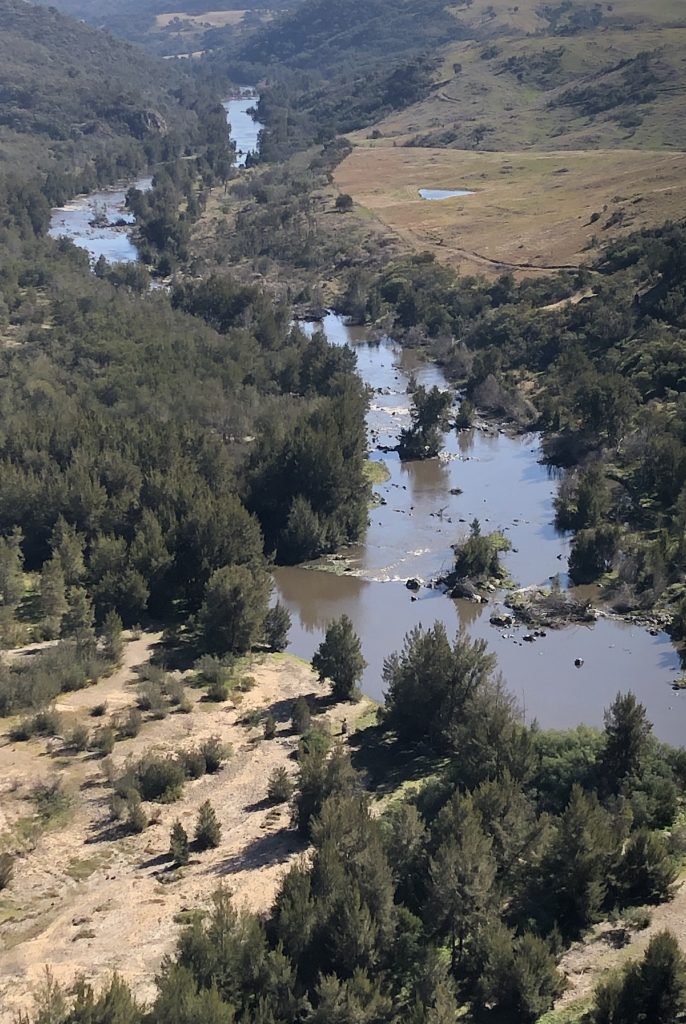 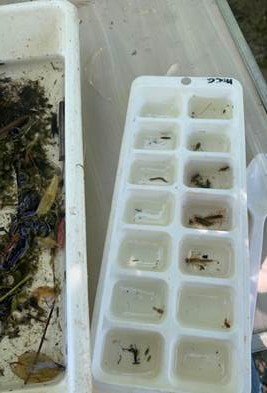 The Upper Murrumbidgee Catchment Network (UMCN) is a cross-border network made up of individuals and representatives from agencies and groups that are responsible for natural resource management (NRM) in the upper Murrumbidgee catchment. The catchment is comprised of the area upstream of the Burrinjuck Dam taking in parts of NSW and the Australian Capital Territory. The area is sometimes referred to as “ACT and Region”.

The Upper Murrumbidgee Catchment covers over 14,000 square kilometres with a population of approximately 480,000 people, 95% of which are urban residents. Land uses include grazing, agriculture, horticulture, forestry, reserves and urban and peri-urban development. Canberra, lying within the ACT, is Australia’s largest inland city, and the only major city in Australia located in the headwaters of a catchment.

UMCN recognises the complexity of government jurisdictions across the region and provides a neutral setting for achieving shared objectives. We also recognise the diversity of individuals and organisations for whom it provides networking opportunities. UMCN aims to be an effective network for the many NRM voices across the region. However, it is not the role of UMCN to be representative of all NRM voices in the region for all issues, at all times.

Membership comprises of community groups (including Landcare, catchment groups and other NGOs), government (local and state), individuals (or households) and corporations. During the 2021-2022 financial year there were 11 community groups, four government, seven individual, and three corporate memberships.

RETURN TO TOP OF PAGE

The strategic focus of UMCN for 2021-2026 has been developed around our key strength: networking. Our main aim is to facilitate networking, knowledge sharing and collaboration among member organisations, community and government bodies.

In the busy landscape of natural resource management in the ACT Region, UMCN has risen as a highly valued and effective networking hub for members and community. Our strategic plan embraces this position which sees our focus shift away from initiating and leading projects, towards facilitating communication among members who are developing and running their own projects. 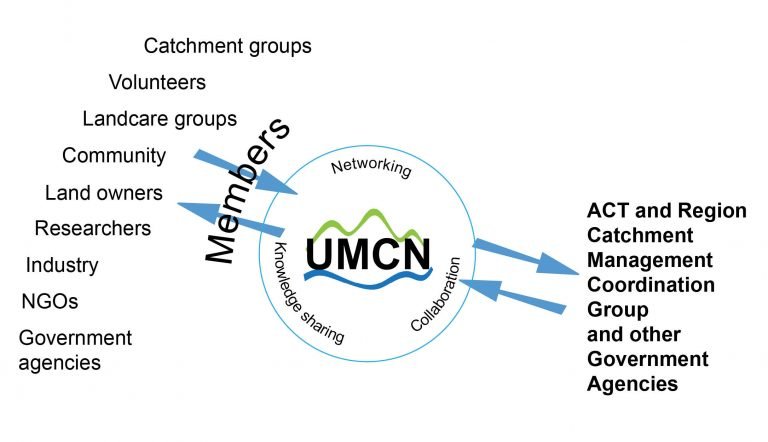 UMCN will also focus on being a conduit for two-way information exchange between our members and government bodies, including our funding body ACT and Region Catchment Management Coordination Group (ACTRCMCG). We aim to respond to the needs of members and government bodies to help identify knowledge gaps, promote more effective communication and provide greater understanding for all.

In order to respond to the needs of the ACTRCMCG we will align our activities with themes outlined in their 2016-46 Catchment Strategy: water, land and biodiversity, communities, governance, policy and planning, and sustainable development.

Our purpose is to be a cross-jurisdictional

knowledge sharing and collaboration between

across all land tenures in the 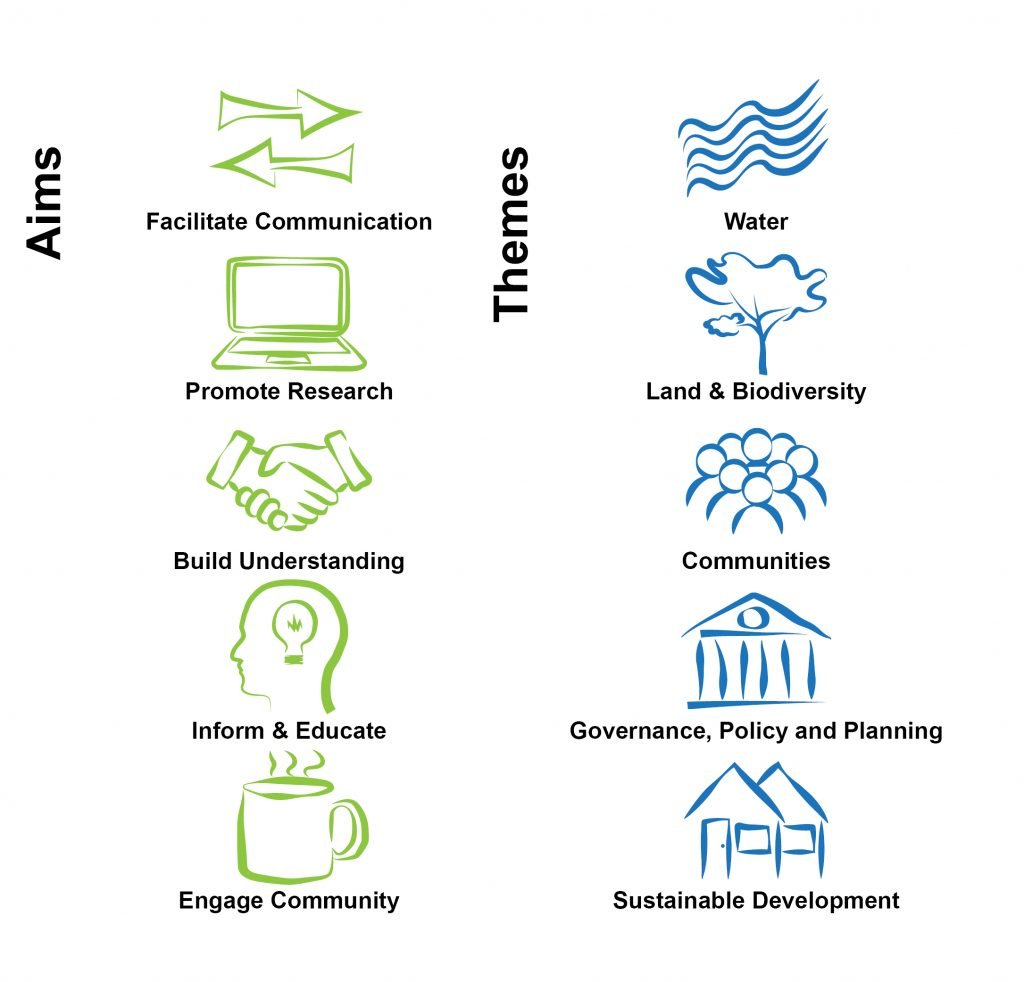 The 2021-2026 UMCN Strategic Plan Builds on the Upper Murrumbidgee Catchment Coordinating Committee Strategic Plan 2016-2021. The process to develop our new five-year Strategic Plan was made easy by having this starting point, and by having an available and cohesive Executive Committee, with a clear focus on the function of UMCN in 2021 and beyond.

The following points have been considered by the UMCN Executive Committee in developing this Strategic Plan:

UMCN needs to clearly define its role within the region. This will clarify the activities we undertake and the funding we need.

UMCN has evolved in response to the landscape of natural resource management in the region. We must steer away from project delivery and focus on our strategic role in the region to avoid competing with our member organisations.

UMCN has evolved in response to the landscape of natural resource management in the region. We must steer away from project delivery and focus on a strategic role to avoid competing with our member organisations.

UMCN should focus on its key strength as a network to facilitate knowledge sharing and collaboration.

UMCN needs to identify knowledge or networking gaps in natural resource management through ongoing discussion with members and government bodies.

UMCN needs to retain and expand a diverse membership to maintain our function as the go-to organisation for facilitating communication and networking in the natural resource management space.

UMCN must be responsive to the needs of the membership base and acknowledge that our successes are due to the power of their combined forces.

UMCN is seen as important to our members and has a lot of support within the region from all sectors: government, community, NGOs etc.

The UMCN Executive Committee developed a number of actions to implement the Strategic Plan 2021-2026:

Consider funding needs into the future, i.e. forum funding may be extraneous to our function as a network. Don’t complete with member organisations for funding.

Focus on our network by promoting the activities of our member organisations through emailing list and social media.

Focus on networking by facilitating more networking time at general meetings and forums.

Strengthen relationships and communication within our network to readily identify opportunities for collaboration and gaps in knowledge via email, phone and at meetings.

Create opportunities for feedback from our network to pass information among members and to government bodies via online surveys, email communications and verbal feedback at meetings and forums.

Build meeting capacity by investing in hardware to improve online meeting experience to expand accessibility and the reach of UMCN.

Invest in creating records of the network’s activities. Recordings of our members giving presentations builds our “brand” and promotes and supports members’ work.

Document in the Strategic Plan the purpose of UMCN, Plan to include who we are, what we do and acknowledge our members as “The Network”. 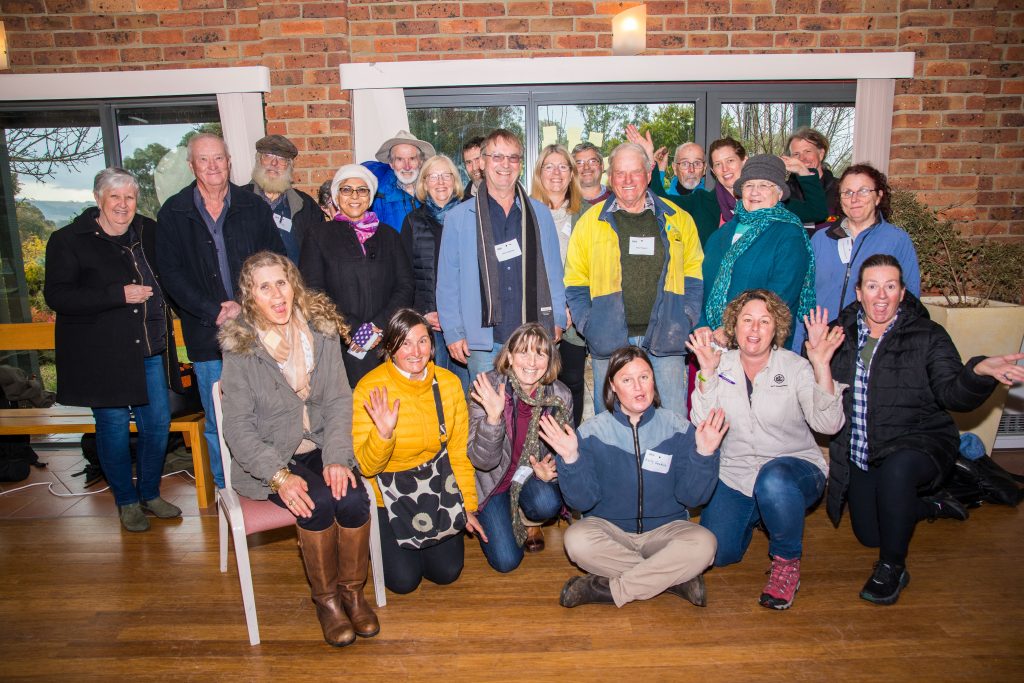 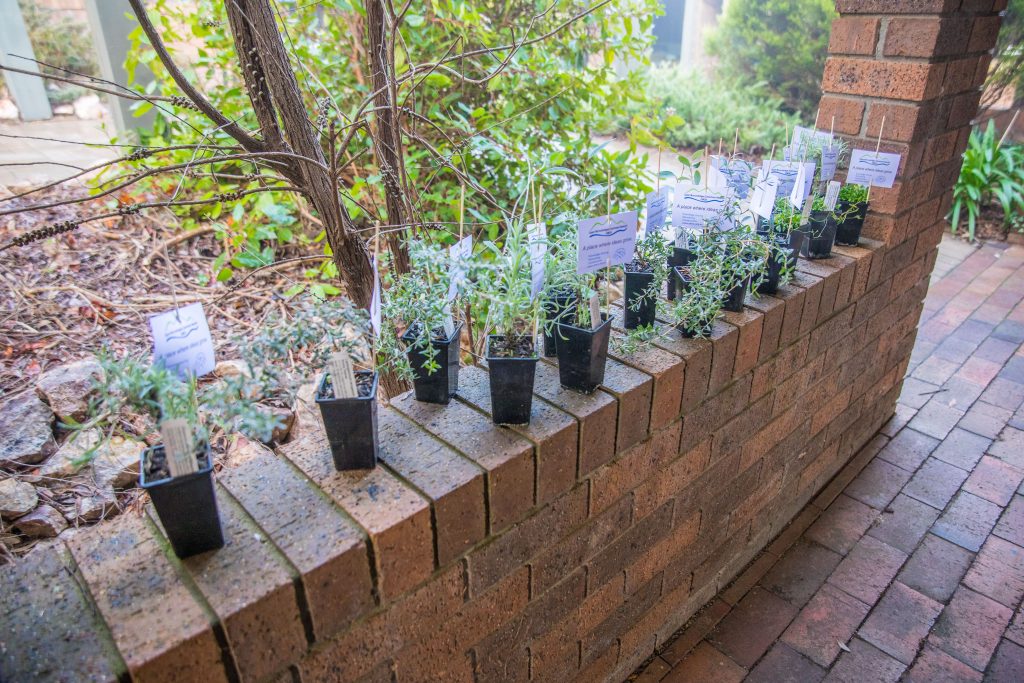 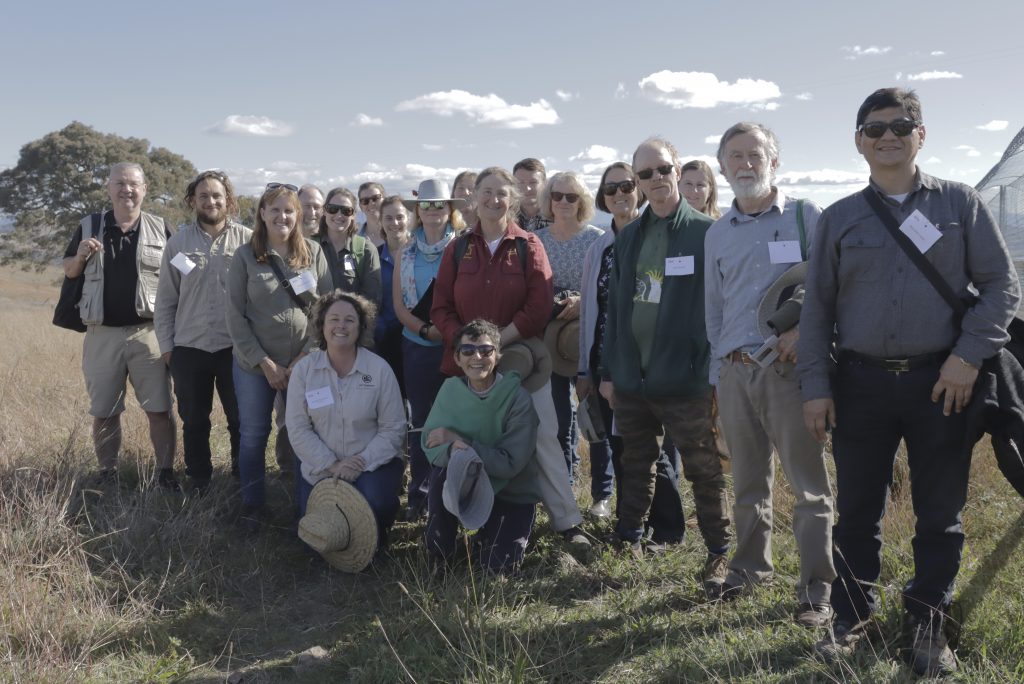 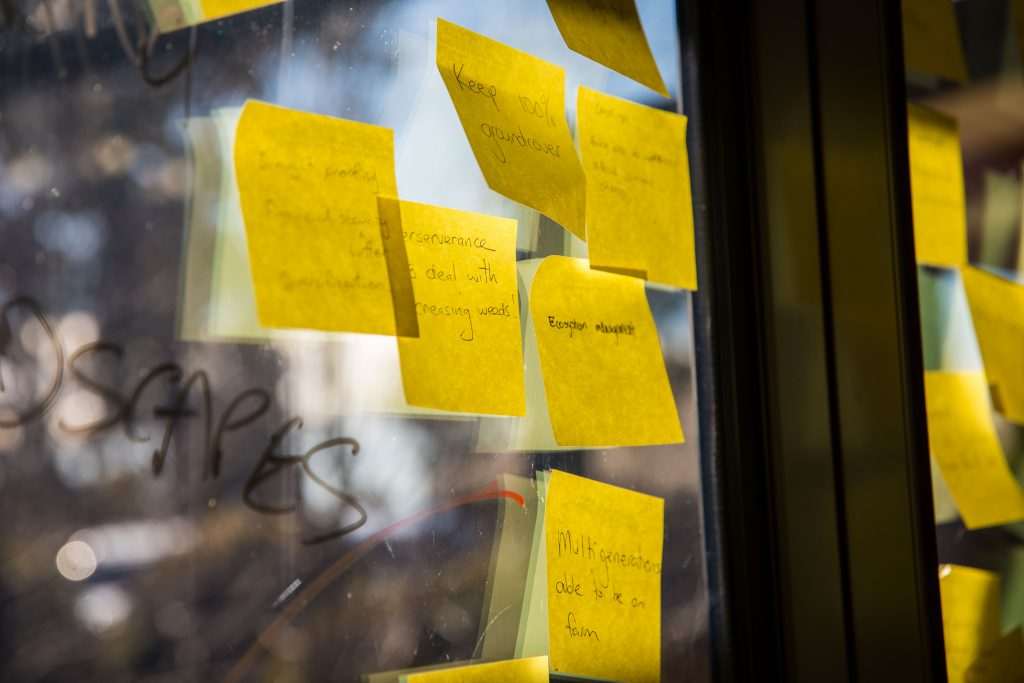 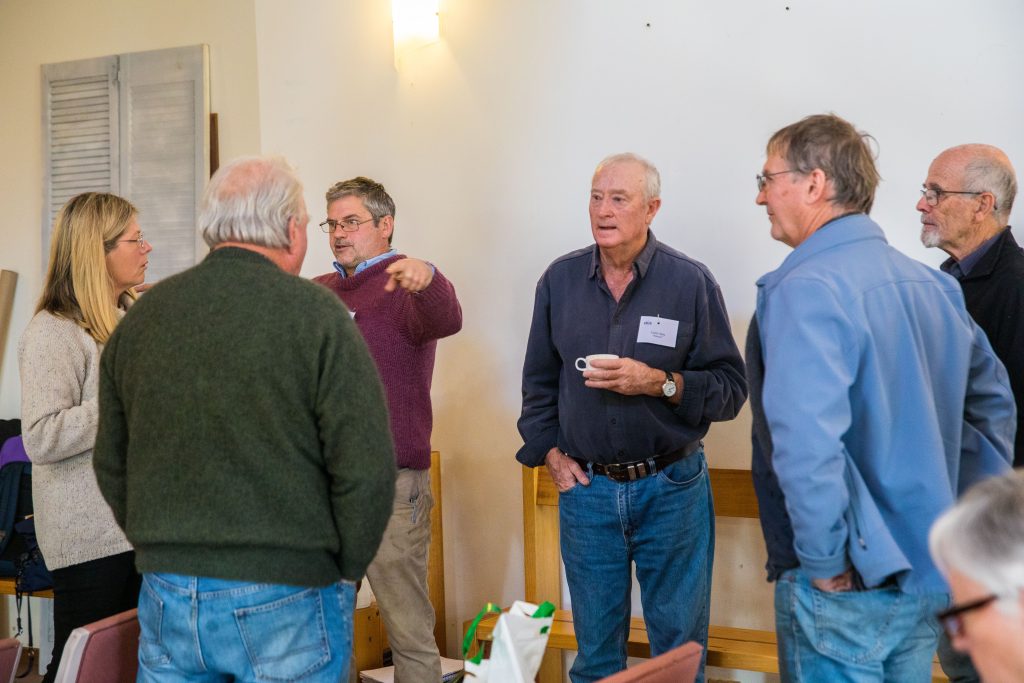 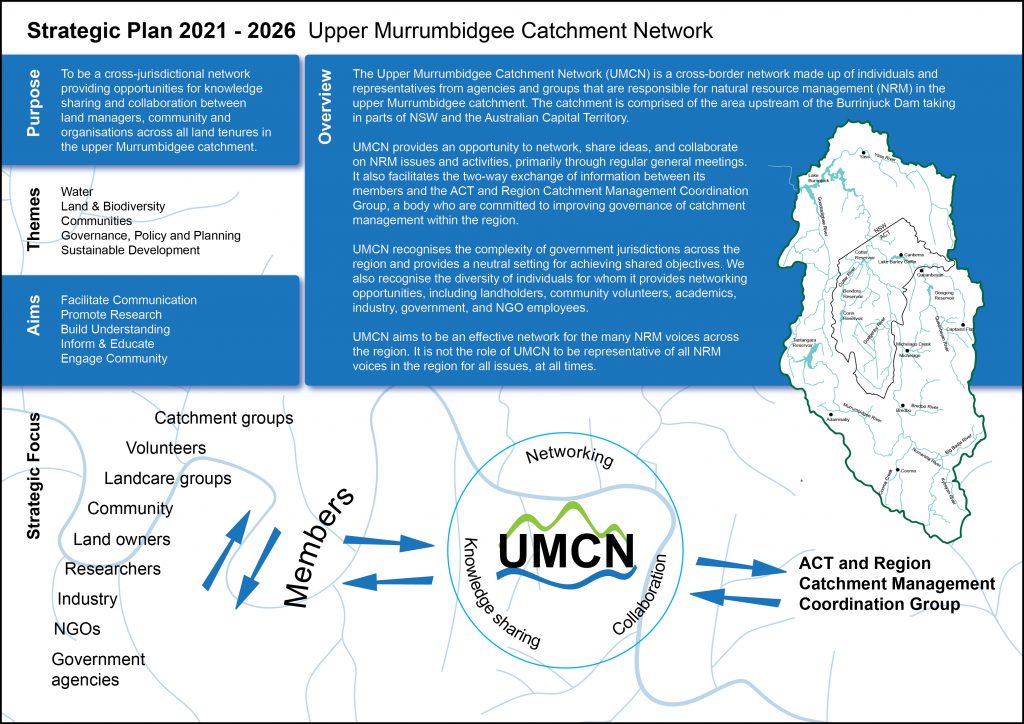