We have received a number of nominations for Executive Committee Members. Here is some information about them all so you can get to know them ahead of our AGM on Wednesday the 10th of November. 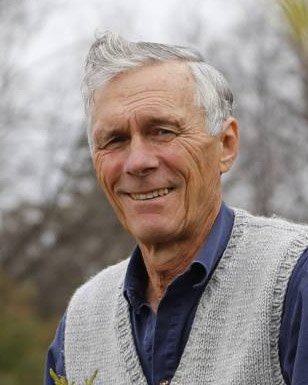 Tom has spent more than 40 years working to improve the local environment. His passion for the natural environment was sparked during his childhood in Tumut where pursuits of fishing, walking and gardening lead him to understand the importance and connectedness of water, soil, plants and air quality.

Tom has been involved in a range of local community based environmental organisations including Queanbeyan Landcare, Molonglo Conservation Group, Upper Murrumbidgee Landcare, Kosciuszko to Coast and the Queanbeyan City Council Environment Advisory Committee.  He was a Queanbeyan City Councillor from 1995 to 1999, advocating for the environment, he was involved in establishing the “Along the Molonglo” art exhibitions, and currently features on Radio Landcare (2XX Canberra, 98.3FM from 9am Tuesdays).

In 2014 Tom was recognised for his environmental work with an Order of Australia Medal which he considers to be an acknowledgement of the importance of our local environment.

Antia grew up on the upper Murrumbidgee near Bredbo and has always wanted to work on rivers which she considers our most precious ecosystem. She completed a Bachelor of Natural Resources specialising in aquatic ecology. Antia never tires of going out onto rivers because there are always new things to see in these ever-changing, dynamic riverine systems.

Having worked in the area for 10 years, Anita has vast experience with stakeholder engagement across the natural resources management sphere in the Upper Murrumbidgee Catchment and beyond. 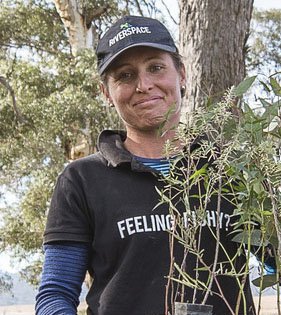 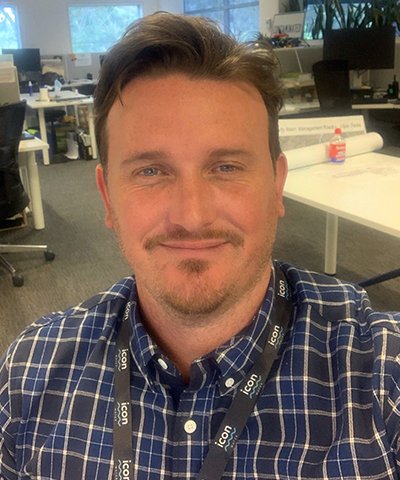 Michael is currently employed at Icon Water (ACT), managing a suite of aquatic ecological monitoring programs. Michael completed a Bachelor of Environmental Science (Conservation Biology) at the University of Canberra in 2011 and a Master of Biological Anthropology at ANU in 2016.

In addition, Michael is heavily involved with catchment management and analysis of aquatic monitoring programs, especially those related to endangered and protected species in the Cotter River. Michael aims to work closely with various land management agencies and community groups to influence good catchment and water quality outcomes.

Jed is from Armidale NSW and studied agriculture in Tamworth. He has had various roles in different industries over the years, including agriculture, telecommunications, construction and now, natural resource management. Jed currently works for Molonglo Conservation Group, as Waterwatch Coordinator for the Molonglo catchment.

Jed is passionate about Australian natural landscapes and waterways, working in the natural resources management space is a dream come true. Jed has been living in Canberra for the last five years and is happy to call the region home. He looks forward to contributing towards UMCN as part of the 2022 Executive Committee. 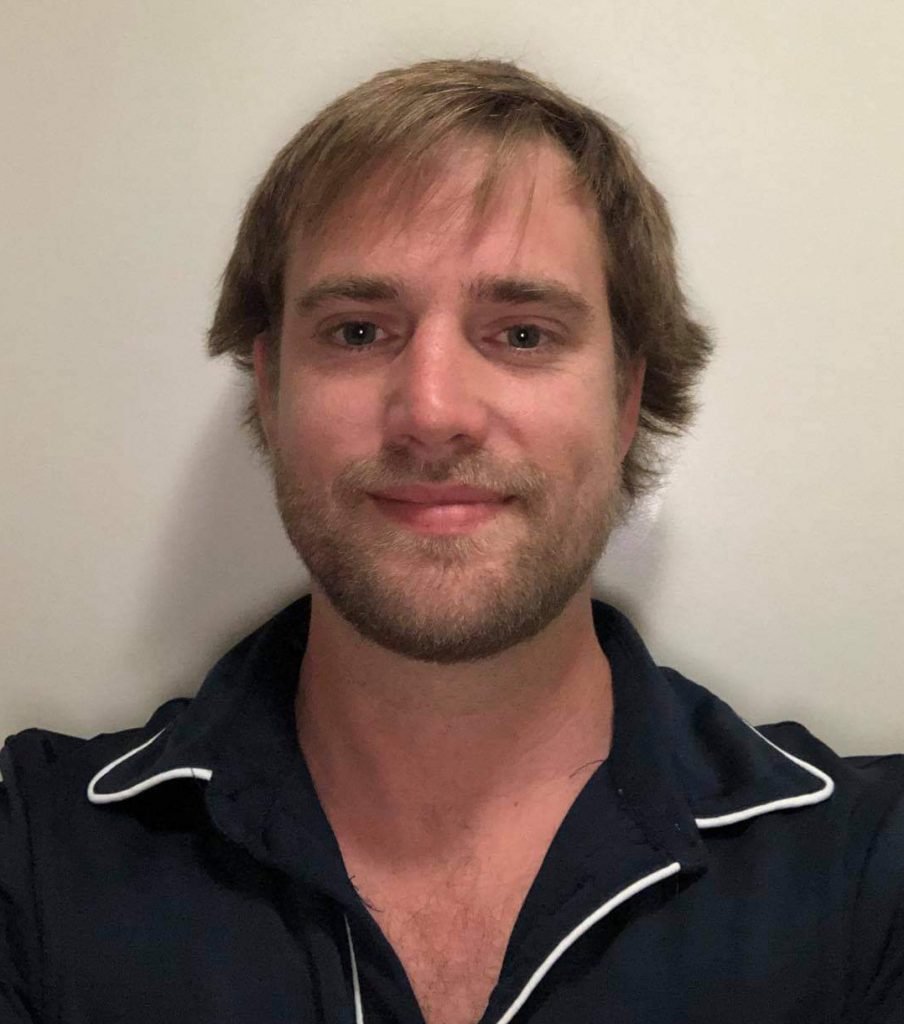 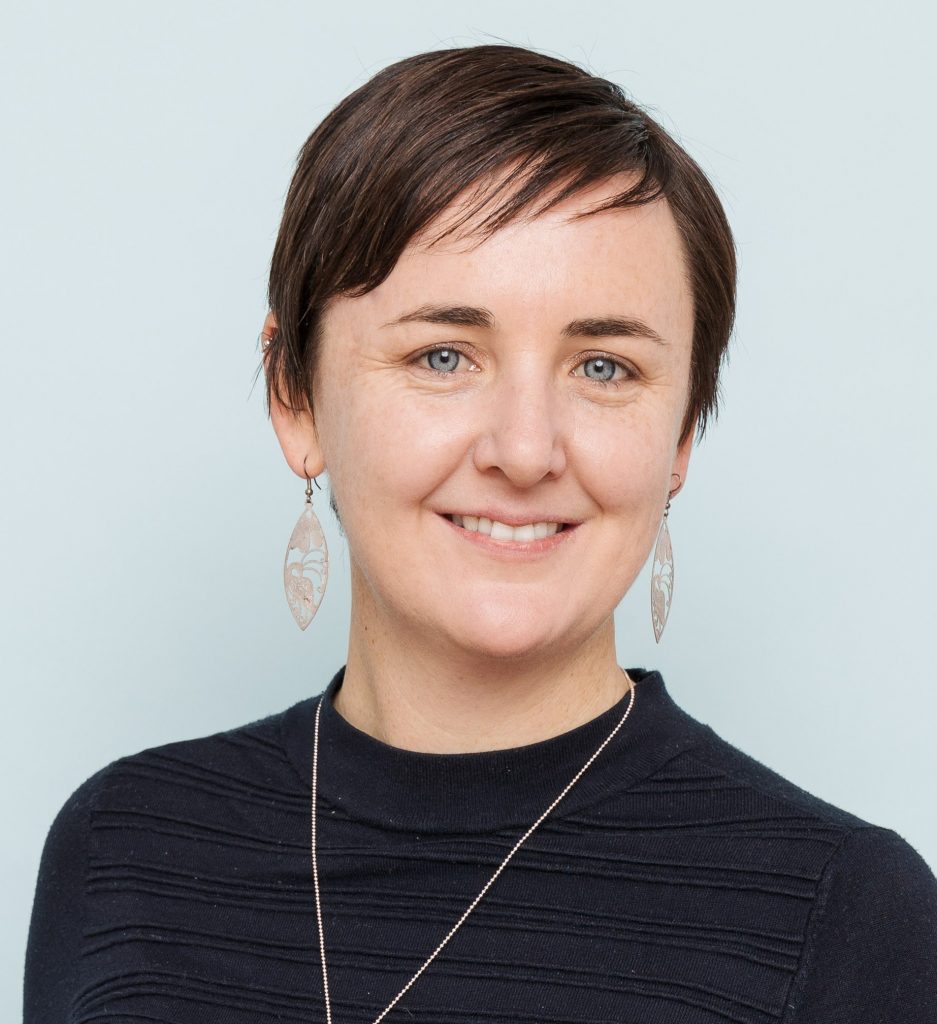 Prior to the MDBA Katie worked for ACT Conservation, Research and Planning, where she spent a significant amount of time in the Murrumbidgee River sampling fish populations, testing fishway efficacy and trapping Murray crayfish.

Katie worked and studied for six years at the Institute for Applied Ecology at the University of Canberra, which included studying the Macquarie perch population at Cotter Dam and assessing river health throughout the ACT. Her honours work on Murray crayfish movement at Red Rocks Gorge was what sparked her passion upper for the upper Murrumbidgee River.

Michael has extensive experience participating in and chairing committees, from leading national wetland policy forums to coordinating environmental water delivery across state boundaries. He is currently a Senior Executive in the Commonwealth Environmental Water Office. Here he witnessed the importance of well-coordinated catchment management activities to the health of the entire river system. Michael previously worked for almost a decade in the NSW Department responsible for water. He is familiar with the NSW water management framework, including the operation of the Snowy Water Licence.

Michael and his family live alongside Buttles Creek in Queanbeyan East and they love actively exploring outdoors: walking, riding and camping. In his capacity as UMCN Chair, Michael would use his skills and experience to support the work of the Network towards achieving natural resource management outcomes in the local area. 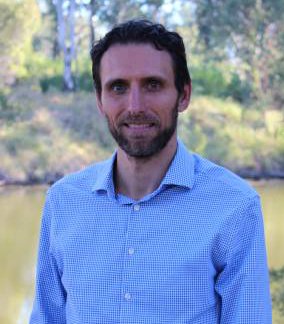 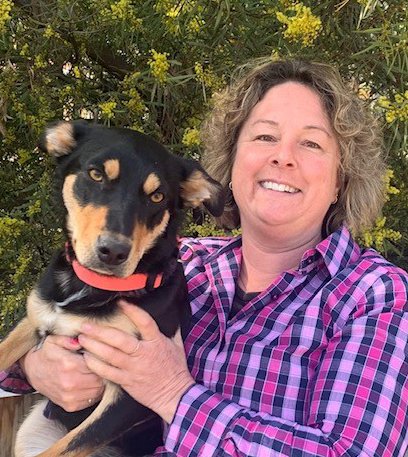 Jeni works as the ACT Regional Agricultural Landcare Facilitator, a position funded through the Australian Government National Landcare Program and supported by the ACT Government. She engages with many stakeholders in the region working in natural resource management. In particular, the sustainable agriculture program which supports healthy farm ecosystems to improve productivity.

Before joining the ACT NRM team in 2019, Jeni worked with Greening Australia ACT for two decades as a project manager and native nursery manager and was also lucky to manage the community volunteer program.

“One of the most rewarding parts of my job is assisting farmers to link in with the latest science, research, grant funding and best practice to help them with their enterprise, health and well-being. I feel privileged to work with them and I see my role at UMCN as extending support to the wider community to effect change for the environment.”

Martine is the Executive Officer for Southern ACT Catchment Group (SACTCG) and manages a small team of staff including Project Officers and a Waterwatch Coordinator. Martine has been with SACTCG for 9 years and came to the roll from working as a Conservation Planner in ACT Government. She has a background as a Forester and had a previous career as an Occupational Therapist in Community Mental Health. 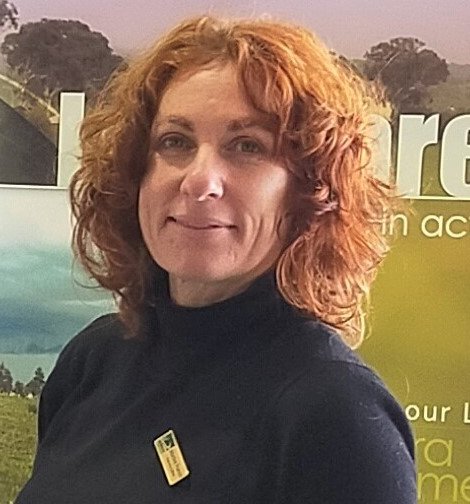 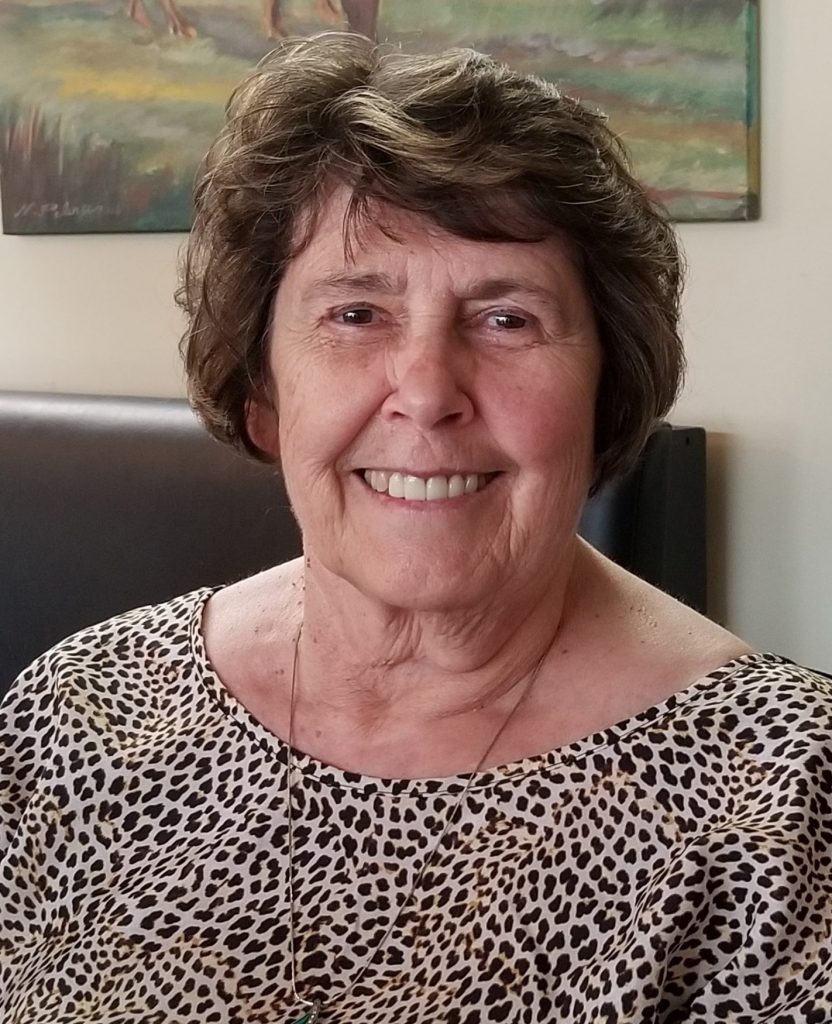 Glenys, a founding member of the Southern ACT Catchment Group 2006, was Chair for most of this time and is now Deputy Chair. She supported and helped Landcare and Waterwatch groups in her region and in 2011 established the Tuggeranong Lake Carers, which she coordinates to this day.

Glenys was Deputy Principal of a large high school which won several ACT National Landcare awards for involving its students in many environmental practices – planting thousands of trees around the school and at many other places.

She has also been a representative to Landcare NSW and the National Landcare Network and is now on the  Landcare ACT Board. Glenys is also on the Board of the Conservation Council of the ACT and a member of Murrumbidgee Landcare Inc.

In 2019 Glenys was honoured with the Order of Australia Medal ‘For service to the community of Tuggeranong’.

Karissa is the Chief Executive Officer of Landcare ACT.  She is also the Community Representative on the ACT and Region Catchment Management Coordination Group and represents the ACT on the Members Council of the National Landcare Network. 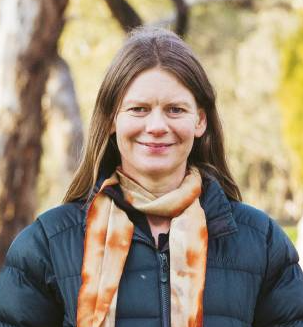 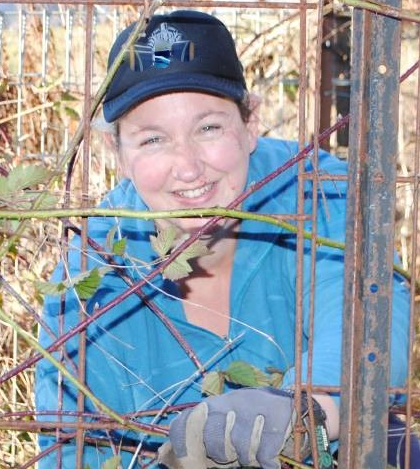 Rebecca works for Yass Valley Council as the Natural Resource and Sustainability Officer. This role involves advising Council on environmental issues, representing Council on committees and groups relating to NRM, and running programs encouraging members of the community to live more sustainably.

Rebecca has worked in the NRM field in the Yass area for 18 years, with previous roles at the Murrumbidgee Catchment Management Authority (CMA) and South East Local Land Services (LLS). She is a trained ecologist with a Bachelor of Landscape Management and Conservation from Western Sydney University and is an Accredited Assessor under the NSW Biodiversity Conservation Act (BC Act).

Rebecca has been coming to UMCN meetings since the old UMCCC days and has always enjoyed the opportunity for meeting and sharing information and a passion for the natural environment with like-minded people.

“We are all part of the Upper Murrumbidgee Catchment, regardless of jurisdictions”, says Rebecca. “It’s wonderful to have this opportunity to work together across borders for the good of the environment”.

A huge THANK YOU to the UMCN Executive Committee

Members who are stepping down this year! 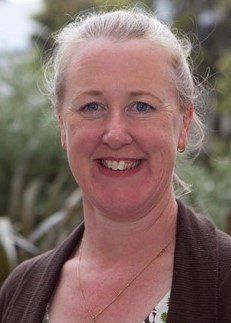 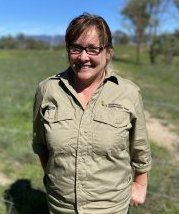 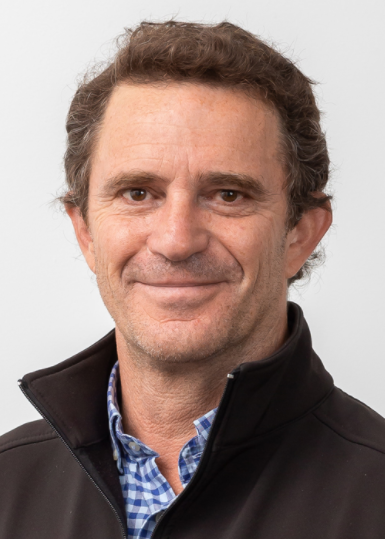 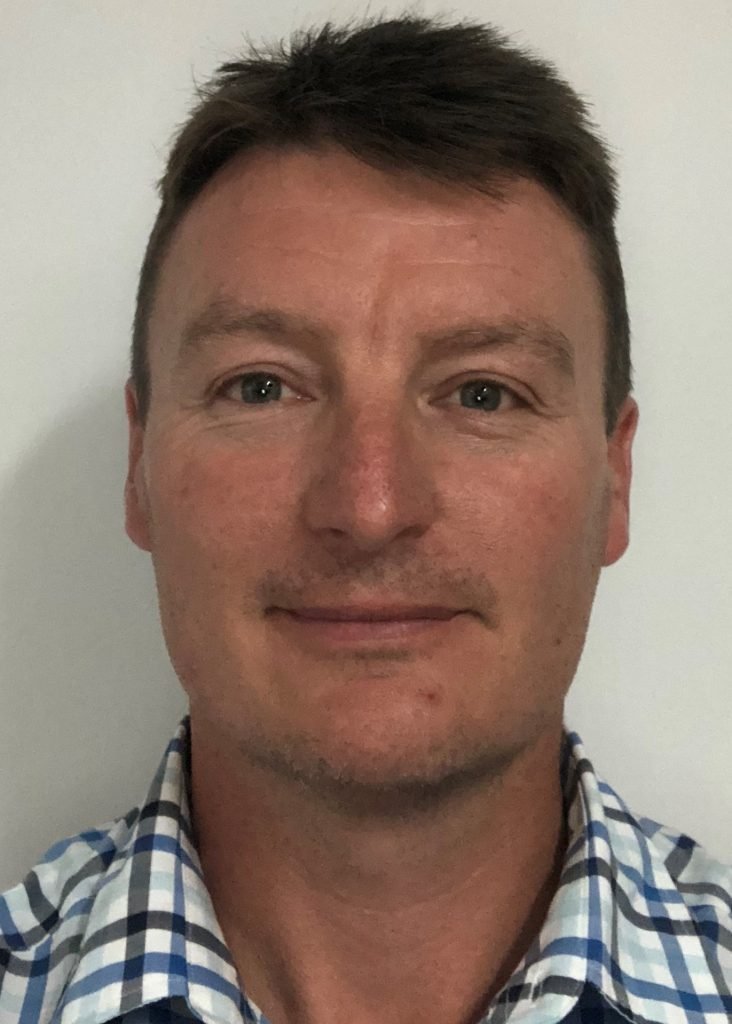 Thank you for all of your contributions to UMCN, we wish you all

the best and hope to see you at a UMCN meeting soon!